Mr. Philip is a Filipino. He runs a construction company in Papua New Guinea. They have a hotel under construction, and his client expects that after the hotel is built, a commercial solar systems will be installed for 14 air conditioners and 2 motors. This is a long-term investment for hotels with huge power consumption. After installing the commercial solar systems, the hotel no longer needs to pay extra electricity bills.Obviously, the hotel owner has a good vision. 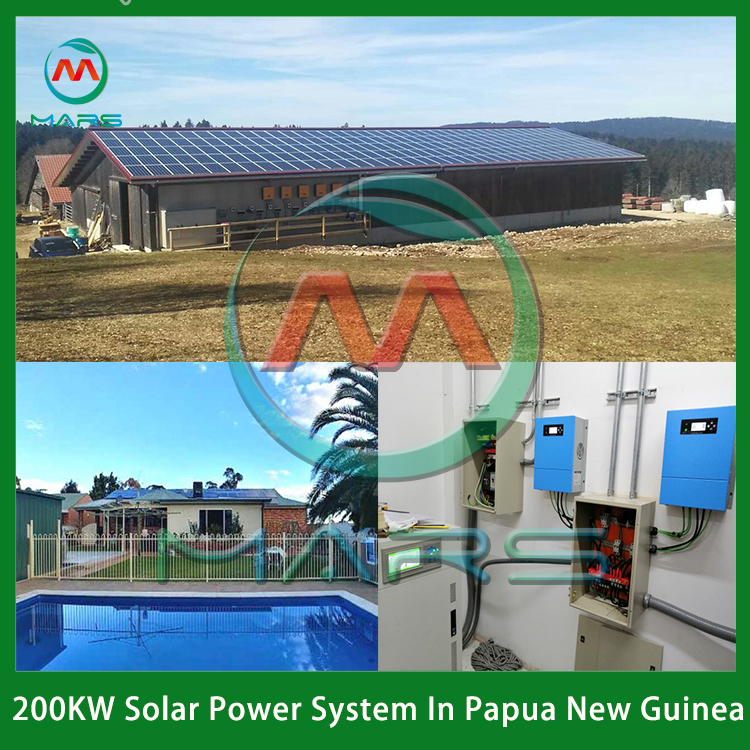 (What Mars Can Do For You?https://www.solarpowermanufacturer.com/FAQ/solar-power-system-project/)

Now that this solar plant installation project has passed the acceptance, we have also received his feedback on the installation pictures.